Congratulations from the Geelong Hockey Association to the Newtown City Hockey Club who were awarded the Community Sporting Club of the Year as part of the Victorian Government’s 2014 Community Sport & Recreation Awards, last night in Melbourne. The award compliments a very successful year for the local hockey club.

High praise was given for the Club’s promotion of hockey to all ages with a strong junior development program and the introduction of the ‘Saturday Afternoon Social’, a game where anyone who is interested is made welcome to play a social game on grass, followed by afternoon tea. 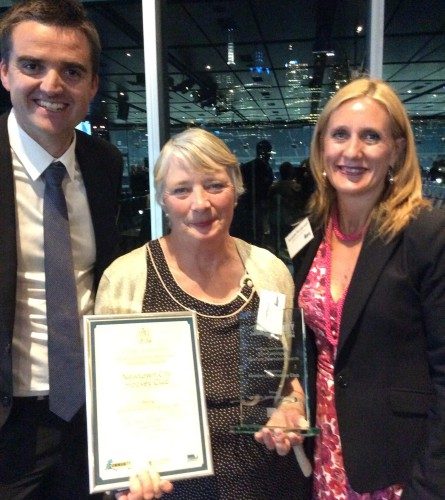