Player nominations are now open for the 2017 HG Junior Rep Winter Season. Please be aware that nominations close on Friday the 20th of Jan.

Applications for Junior Coaches and a Head Coach are also now being accepted. Hockey Geelong are seeking passionate coaches to lead our U14 and U16 teams in the 2017 season. 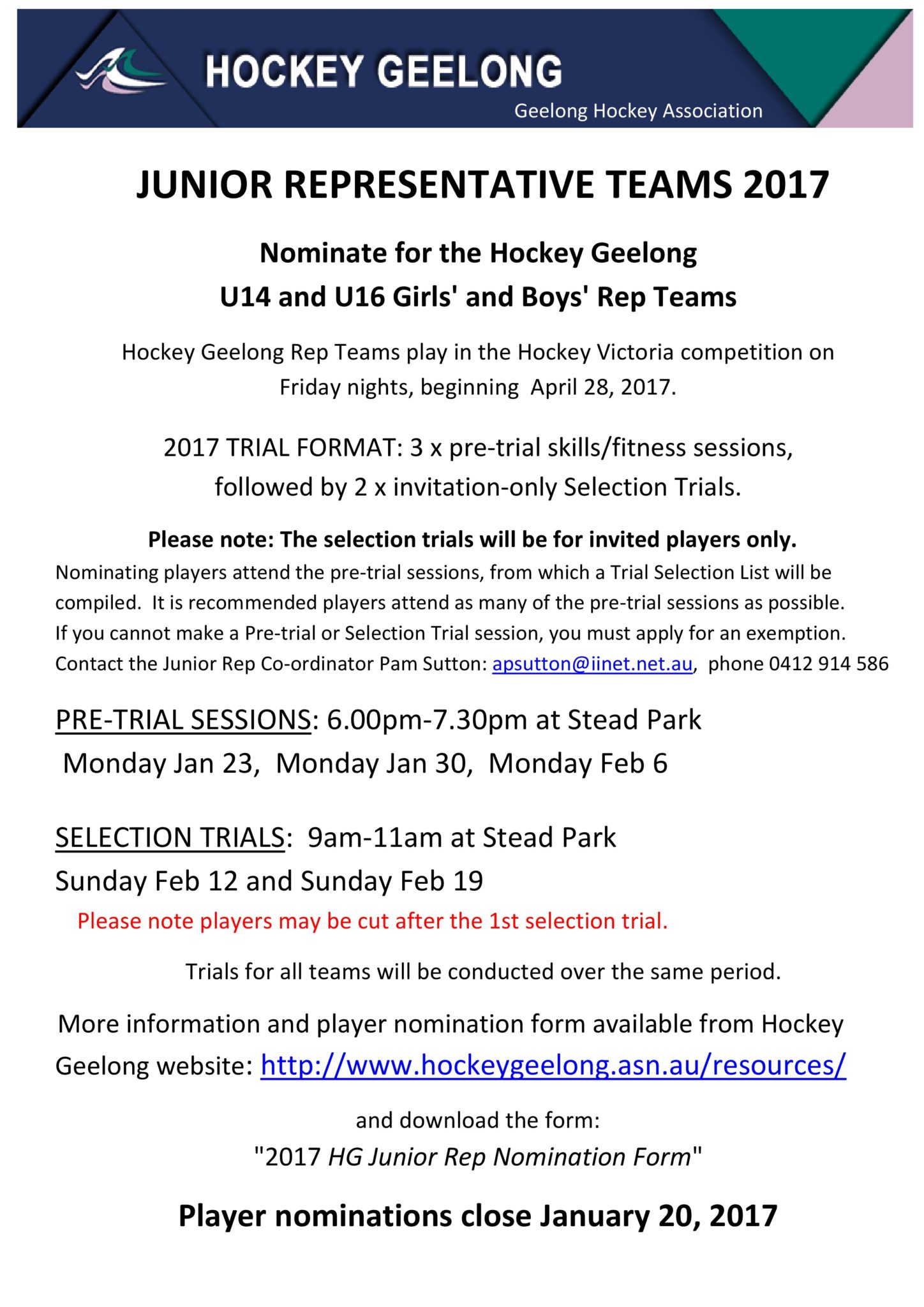 Forms, position descriptions and application forms can be downloaded from: https://www.hockeygeelong.asn.au/resources