The Sharks Are Circling

The Hockey Victoria metropolitan competitions are scheduled to begin on July 17 for junior teams, July 20 for Masters teams, and July 25 for senior teams. While the recent spike in COVID-19 cases in Melbourne has complicated the starting process somewhat, Hockey Victoria are committed to working with clubs to ensure a successful start to the season. Read the July 3 update from Hockey Victoria here …..

The Hockey Geelong Sharks teams have eagerly awaited the return to hockey for 2020, and have been training well in anticipation. They even have a fearsome mascot installed at Stead Park. 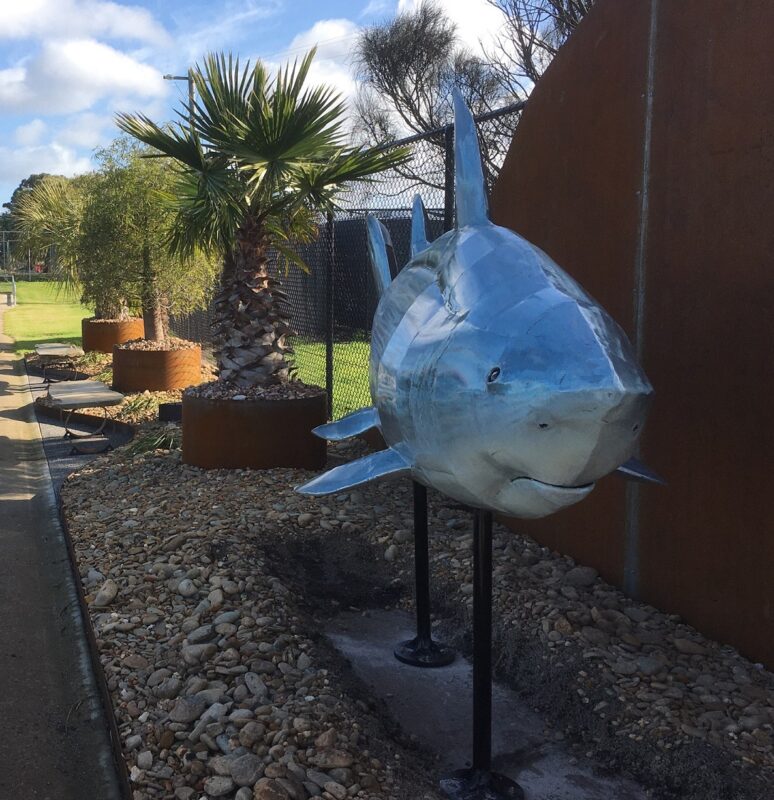 Hockey Geelong will be represented by teams in:

The Vic League 1 Men’s team did exceptionally well in 2019, finishing on top of the ladder with only 1 loss for the season. The team finished as Runners Up with an unexpected loss in the Grand Final, and will be out to do even better in 2020. The Vic League men’s squads have recruited well and have good player numbers and should be very competitive again in this grade. That premiership is within reach, and everyone will be working hard for it.

The Women’s squad has had a tough couple of years playing at the Premier League level, so playing at the Vic League 1 level will allow the squad to build on the experiences of these years. The women’s squad has also recruited and has some new blood, which will assist them to be very competitive in 2020. Changes in coaching staff are always a challenge for all, but the squad has responded well, and this should provide a good springboard for success for the women’s  Sharks group.

Thanks to the team coaches and managers for 2020. Their expertise, enthusiasm and commitment is much appreciated.

The Junior squads have less than 2 weeks until they begin their 2020 campaign. With 3 of the 4 teams having competed in finals in 2019, these teams will be anticipating some good performances for 2020.