Following the naming ceremony held on Saturday July 16, Pitch 2 at Stead Park will now be known as the Lynette Williams Pitch.

The naming of the pitch in this way recognises the enormous contribution which Lynette, better known to all as Nette, has made to the sport of hockey in Geelong and to the members of the Geelong hockey community. Nette has been a tireless worker for hockey in our area over a long period of time

Close friends and fellow GHA Life Members and former Corio Hockey Club members, Gillian Armstead and Leanne Basham were able to reflect on and share Nette’s ongoing contribution to Hockey Geelong at both a local and Association level.

Nette is a Life Member of both Corio Hockey Club and the Geelong Hockey Association. Nette came to Geelong in the late 1980’s and joined the Corio Hockey Club, proving a stalwart in the team and the club for many years. As the years passed, Nette expanded her interest in and contribution to hockey to encompass the whole of the Geelong hockey community, with fingers in many pies.

Nette was one of those involved in the initial setting up the Hockey Geelong teams in the Hockey Victoria competition – as team manager, uniform designer, uniform officer, and super efficient organiser and always made sure that the players represented Hockey Geelong in a positive manner.

Nette also took on the role of Secretary for the Geelong Hockey Association, and fulfilled this role superbly for 17 years. Nette’s efficiency and capability allowed the Association and all its teams, both local and Hockey Victoria based, to function well, with all the information passed to those who needed it, training schedules organised, Association records and photos maintained, Country Weekend organised.

Nette continually volunteers her time for the work behind the scenes too.  Nette has been the driving force behind the pre-season clean-up days and never hesitates to offer her time.  She even helped with the tidying and sweeping up of cut grass this week in preparation for the naming ceremony – without being aware that she would be so involved on the day.

Nette’s passionate interest in and support for the Hockey Geelong Sharks teams which participate in the Hockey Victoria competition has continued unabated over the years.  She still volunteers her time to co-ordinate junior teams, team trials and selections, uniforms, fundraising, as well as acting as a tech bench official.

We were fortunate to be joined for the ceremony by several life members and members of our community to celebrate together. Someone even managed to sneak Nette’s sister Jenny in for the ceremony without Nette being aware of it.

It was delightful to see that Nette was totally surprised and certainly not expecting to be the Guest of Honour.  In her usual humble style, Nette expressed her thanks to all for the gesture and indicated that she didn’t think she had done anything special to deserve the honour.

We know different! We are very grateful to Nette for her ongoing contribution to our community and our game. Congratulations Nette! 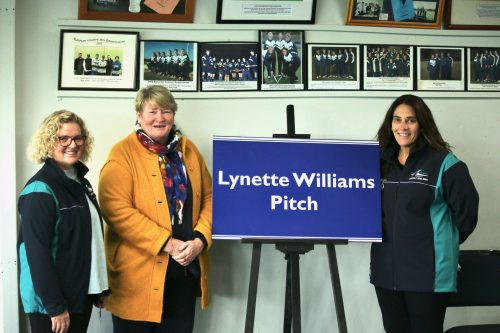 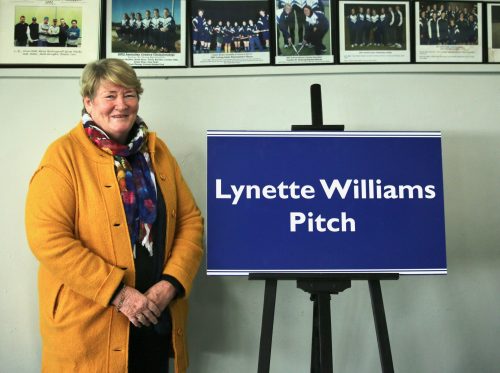 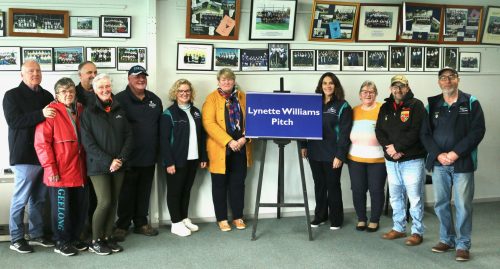