Learn from the Best!

Junior and senior goalkeepers, and potential goalkeepers, are invited to join this Goalkeeper Training Clinic, led by Rachael Lynch of Stomp Goalkeeping. Rachael is the former Hockeyroos keeper, having retired earlier this year from international hockey.

With 233 games in goals, Rachael is the most capped goalkeeper ever for Australia. Rachael’s skill and commitment to her game earned her the title of the FIH Women’s Goalkeeper of the Year in 2019. Her performances in penalty shootouts were inspiring.

The clinic is aimed at ANYONE who is interested in having a go at goalkeeping, even if you have never had a go before.

The clinic will begin mid to late morning, with time to be confirmed when interest is known.  More sessions may be added if there is sufficient interest.

Get in early and register today. 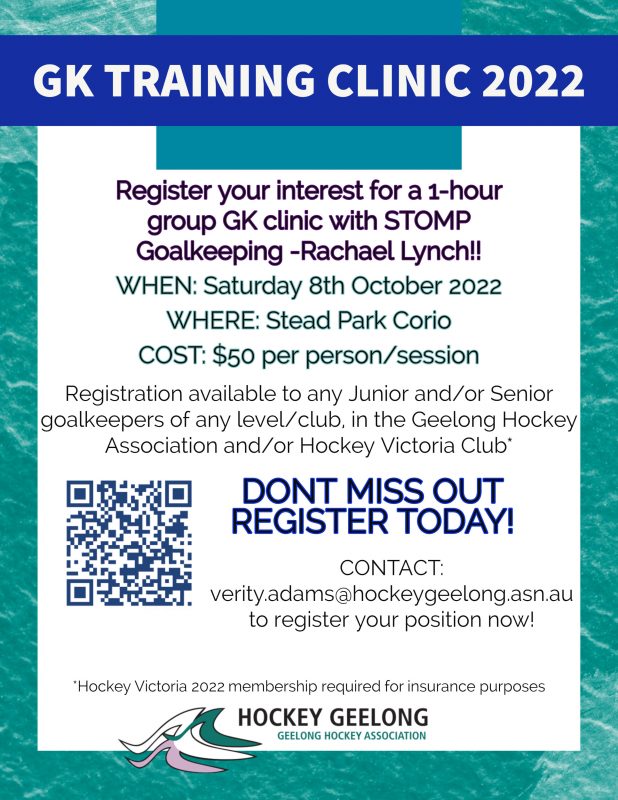 Learn from the best! Rachel Lynch, former Hockeyroos keeper and World #1 keeper in 2019.