How can you join a team?

2022 will be an exciting year for the Hockey Geelong Sharks as the men’s team have gained a place in the Hockey Victoria Premier League competition. This is well earned reward for consistent high standard performances in Vic League 1 in recent years. 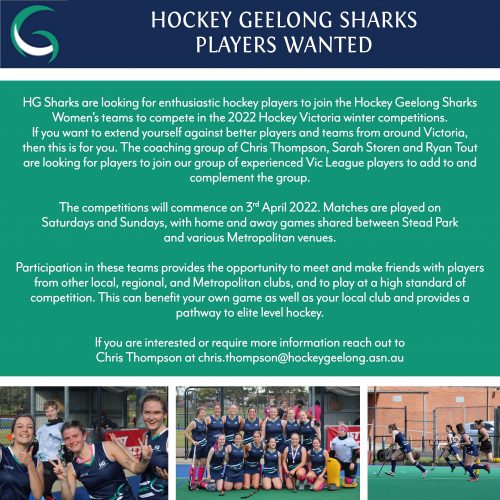