Welcome to all participants who have joined us for this late beginning, on July 18, of the 2020 hockey season. Thanks to the hard work of all the clubs and their officials and leaders who have made this beginning possible.

The major focus for this unusual season is to keep people playing hockey in a welcoming and friendly environment, where sportsmanship and fair play are always on show. Poor behaviour from and toward players, coaches, team officials, umpires and supporters is not acceptable. Given that we are lucky to be playing at all, the focus should be on participation, not winning.

With extra requirements in place to make our community COVID Safe, all participants are asked to respect the rules which are made to keep us safe, and encourage all members of your club to do the same.

All players, team officials, umpires and supporters are expected to abide by the Hockey-Victoria-Codes-of-Behaviour 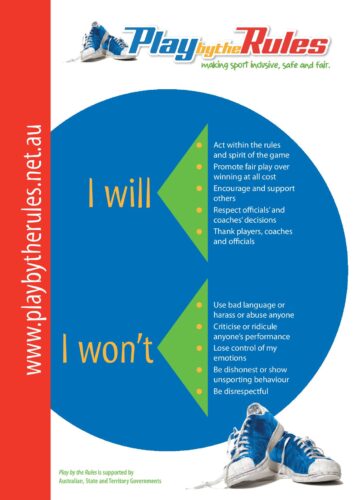 Clubs are requested to continue recording the details of attendees at your training sessions. However, these files no longer need to be sent to GHA, but should be retained for your Club’s records.

Spectators may attend matches, with 1 adult permitted per junior player. Spectators should space themselves around the facility, with a maximum of 10 people congregating in 1 group. Every attempt should be made to maintain 1.5m distance at all times – including within a “spectator” group of 10. Do not move between groups, but remain with the same group or in a space by yourself.

Regular use of handwashing facilities and sanitiser is strongly encouraged.

Toilets and changerooms will be open, but no more than 2 people should be in each area at any one time. The social area of the pavilion will be closed. The canteen will be open but will only be selling drinks.

The equipment cages will be accessible for clubs, but no more than 2 people should be in the cell block at any one time.

Players do not need to change part or all of their uniform if participating in two or more matches in a single day (shirt, socks, shorts/skirt, shoes). Umpires can officiate more than one match without expectations to change their uniform.

Participants are encouraged to leave promptly after their game to avoid congestion and possible infection spread.

If you have any concerns about your safety or the safety of others because of your participation, please reconsider your participation.  Clubs are asked to check that none of their participants are living within the Victorian areas which are currently in Stage 3 lockdown. We would ask that anyone who regularly enters the isolation zone for work or other purposes consider themselves and others before participating in local hockey.

Junior teams may arrive for their game no earlier than 10 minutes before the scheduled start. The time between games is not to be considered as warm up time.

Handshakes and high fives are not permitted. Spitting is not permitted at any time, and should be penalised with a green card. Teams should avoid lining up at the beginning of the match, and instead go straight to their positions.  Captains and umpires will approach to toss for the start.

Handling cash is not the ideal situation, but is probably most convenient. Please place umpire payments in an envelope before handing over. Team managers and umpires should approach the Tech Bench to sign team sheets and make the required payments.

Every player must have paid for Hockey Victoria/ Hockey Australia membership before playing in a match. A forfeit may be applied if this procedure is not followed.

Rules of the game

Please ensure that your umpires are aware of these rules.

Each team may have a maximum of 16 players plus 2 coaches plus 1 manager. All participants should be aware of the need to maintain the recommended social distance when not actually playing.

Hockey Victoria have advised that goalkeeping equipment must not be shared.  If you do not have a dedicated goalkeeper, you may choose to play without one.

Balls should be sanitised after the game. Players are reminded not to share equipment or water bottles.

Tomahawk shots are allowed for U12, U14, U17 competitions as long as the stick is not raised above the shoulder and the shot is not dangerous or does not lead to dangerous play.

Doubling up and sharing players

As many teams may expect to be short of players in this season, there has been some relaxation of the normal rules, in order to avoid inequitable numbers and one-sided competition. Junior teams are encouraged to loan players to the opposing club/ team in order to ensure a match with balanced numbers on both teams.

If one player volunteers to play for the other junior team, the player would be permitted to swap back to their own team at half-time, and a second player could swap to the opposing team. A player will be permitted to join the junior game after half-time in order to make no more than 11 players. Players who fill in from an opposing club team should be recorded on your team sheet, and noted with **

The Hockey Geelong Sharks U14 Boys team has been entered in the U14 competition. Players in the HG Sharks junior team are permitted to play for both HG Sharks and their club team in the same competition, without limit.  When commitments to both teams clash, clubs may select the HG Sharks players for their own teams, as needed but without seriously disadvantaging the Sharks teams.

There will be no finals for the Junior competition. The Premiership will be awarded to the team which finishes on top of the ladder at the end of the season (September 19/20).