Congratulations to the 2021 Premiers

What a year it has been! At least we managed to get 2/3 of a season in and it’s fantastic to see how much our members enjoy playing hockey. We have appreciated the support given by all for the efforts to continue the season.

That last little hope that we might have been able to finish the 2021 season with a Grand Final weekend has now been extinguished with the recent announcements about COVID restrictions. While there have been some relaxations, this has not extended to match play for community sport. The facilities at Stead Park and Lloyd Reserve will remain closed for hockey activities.

More details of the restrictions can be found in the Restricted Activity Directions, the Table of Restrictions, and the HV Return to Hockey Guidelines

Therefore as decided by the Competition Committee at its meeting on August 18, the 2021 Premiership in each division will be awarded to the team on top of the ladder at the end of the last home and away round.

Congratulations to all teams and especially to the Premiers and Runners Up. Well done to Torquay Hockey Club who have had a dominant season on the field.

Further information about Premiership pennants and medals will be circulated soon. 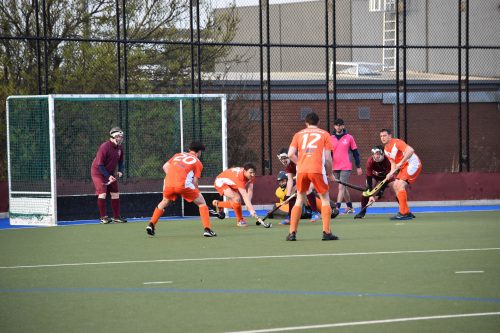