The 2022 Grand Finals have now all been played and won, and congratulations to all the teams who participated. The high standard of play in all the matches provided the crowd of spectators with some exciting and nerve wracking moments, and finished with jubilation and pride for many. The closeness of the matches was a testament to the efforts of all the players.

The friendly interaction and camaraderie between members of opposing teams after the game was again evident, and is a valued feature of the Geelong hockey community. 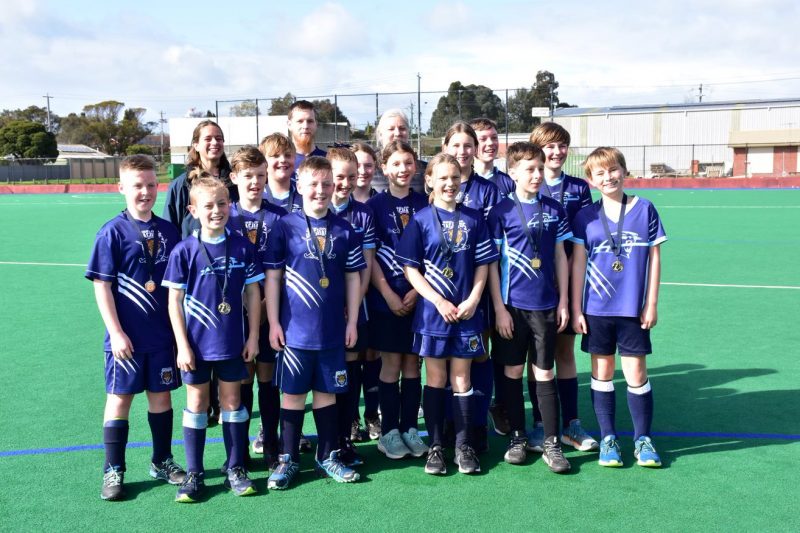 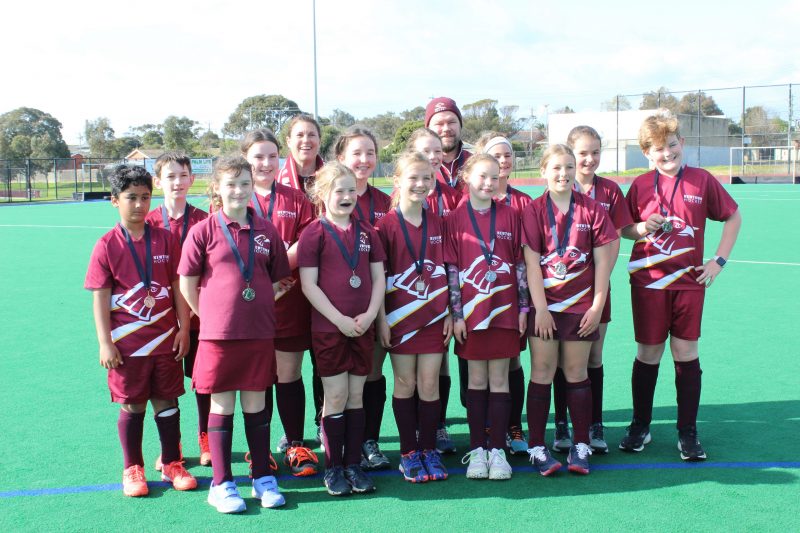 The match between the U10 Premiers, Newtown Strikers, and the U10 Runners Up, Newtown Spirit, finished 1-1, in a fitting end to a great game. 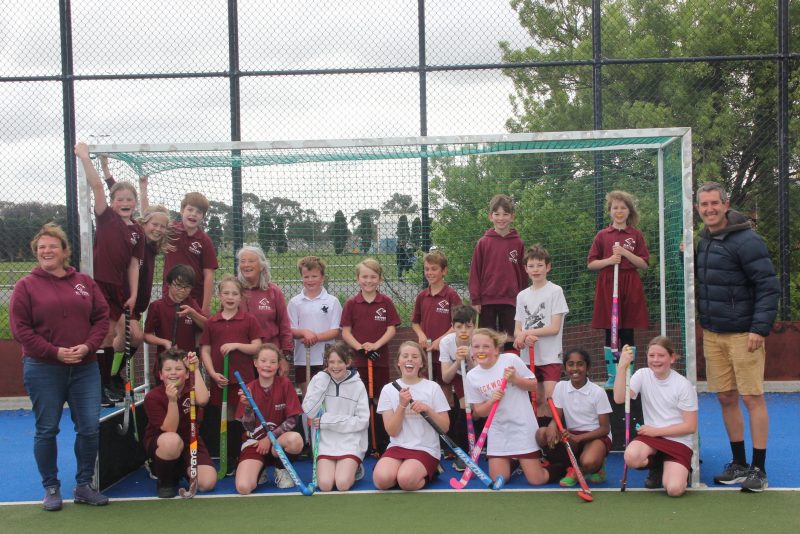 U10 Premiers and Runners Up – Newtown Strikers and Newtown Spirit 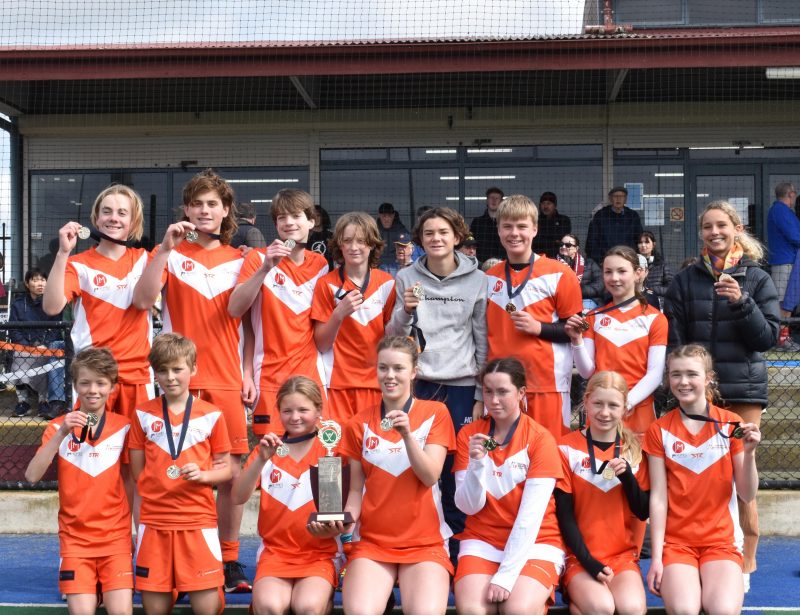 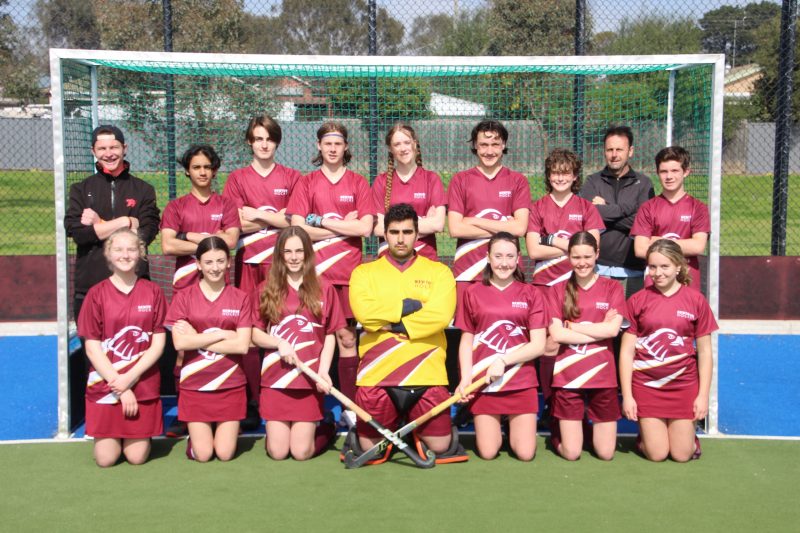 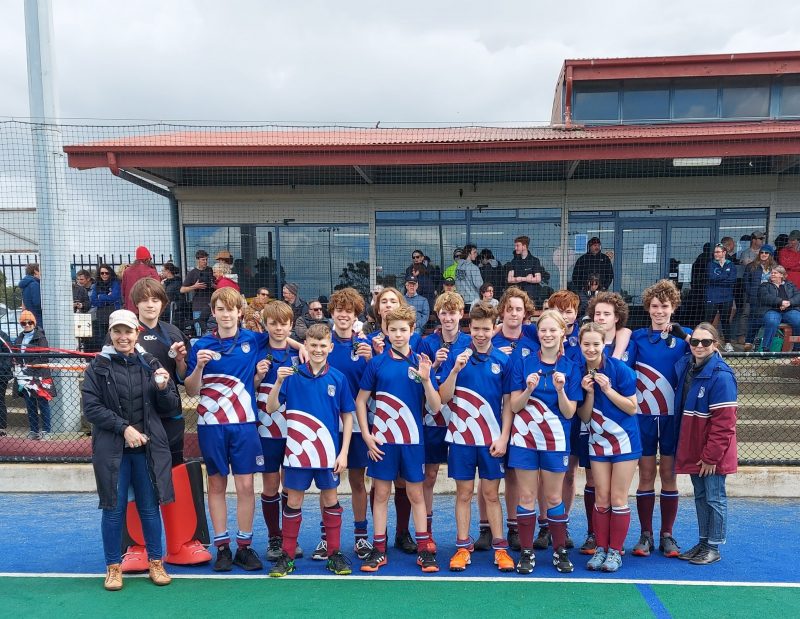 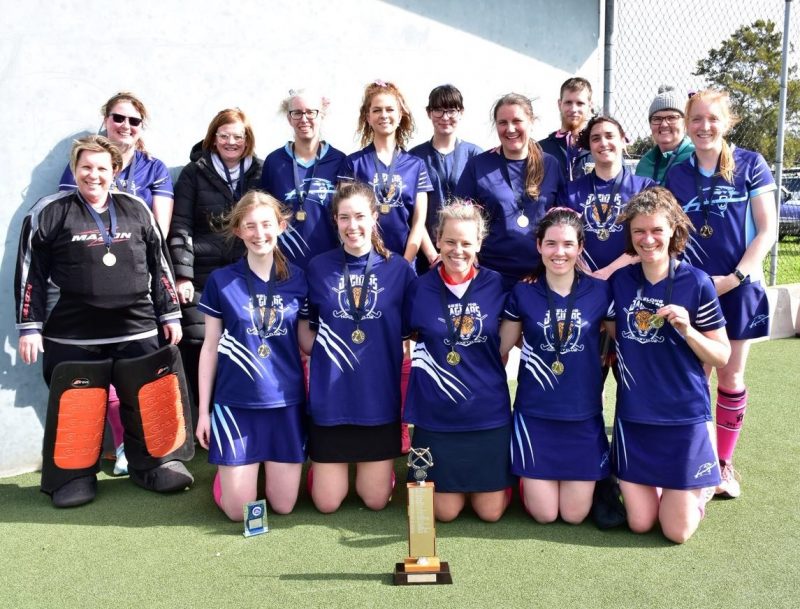 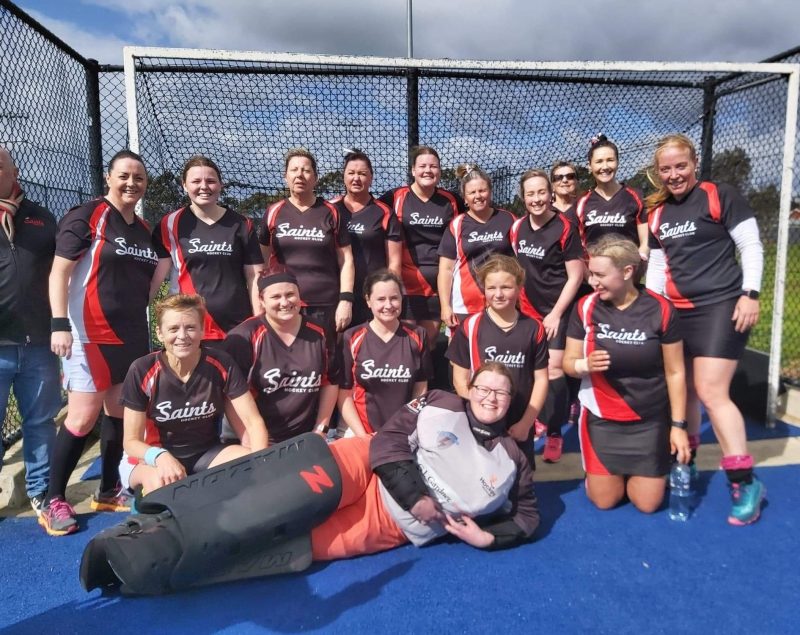 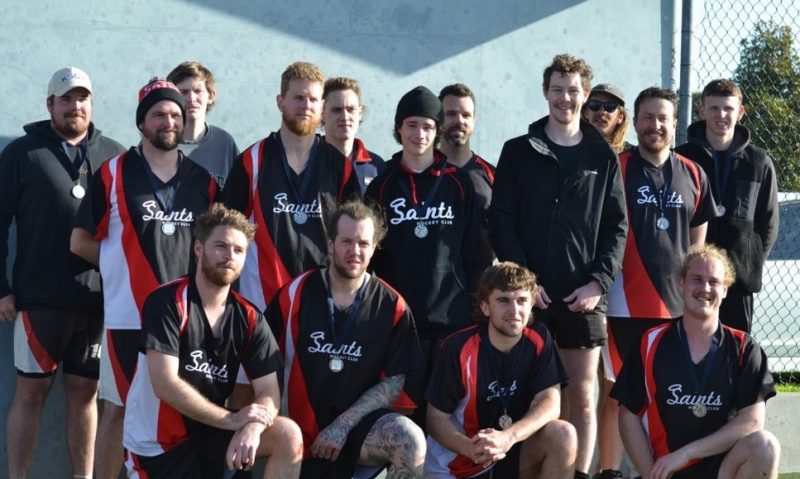 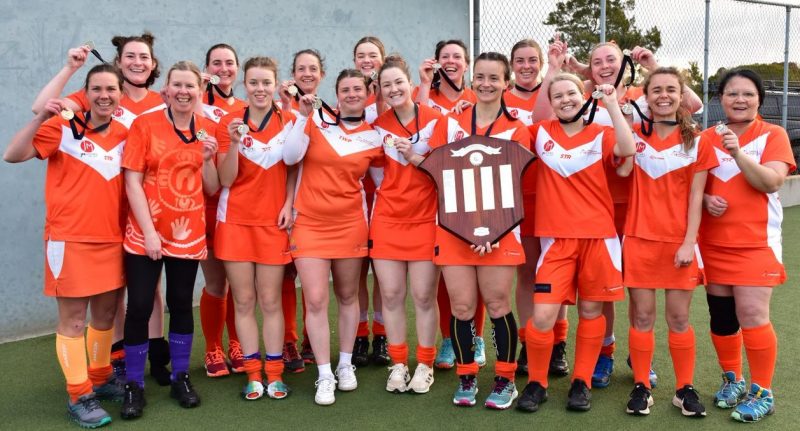 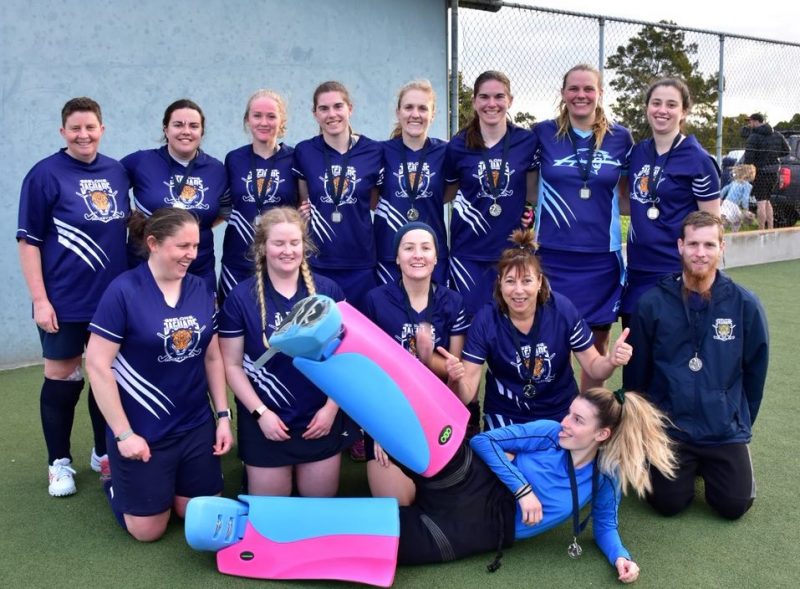 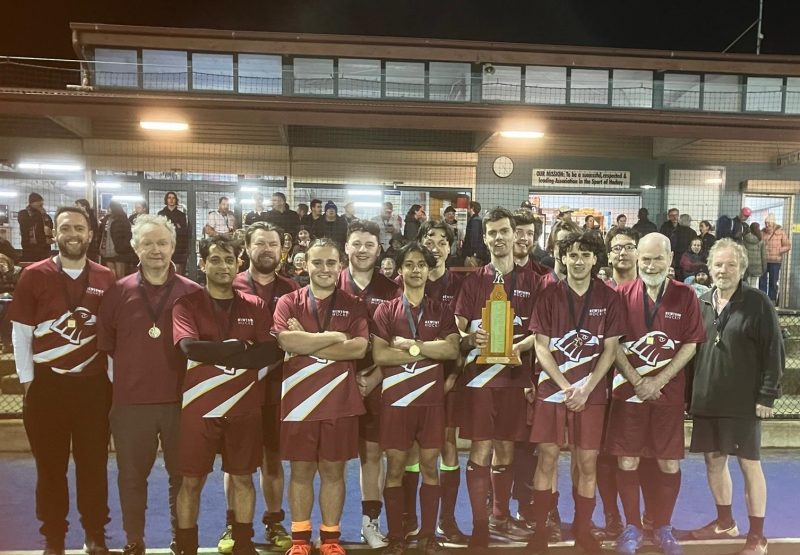 And then there were the awards!

Nominations for the award were received for Angus Ayerbe, Tucker Kooloos and Mitchell Quick. 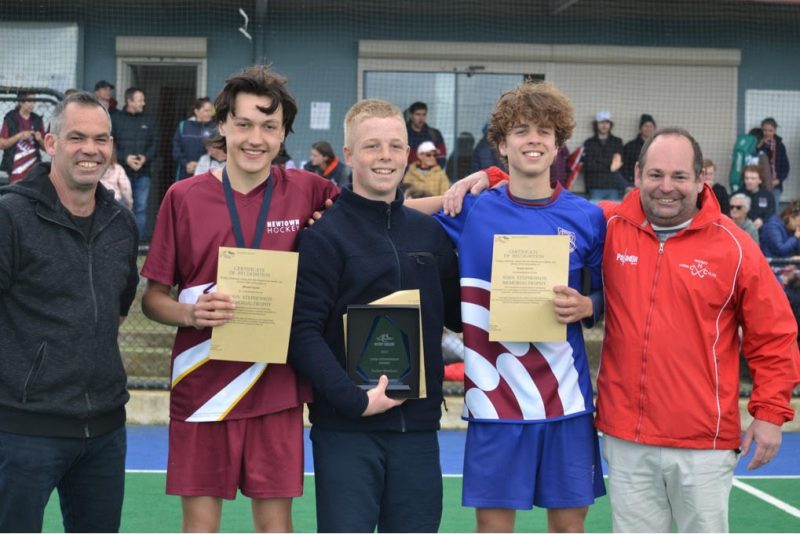 Congratulations to the award winner, Tucker Kooloos, who was presented with his award by Craig Stephenson and Greg Stephenson. 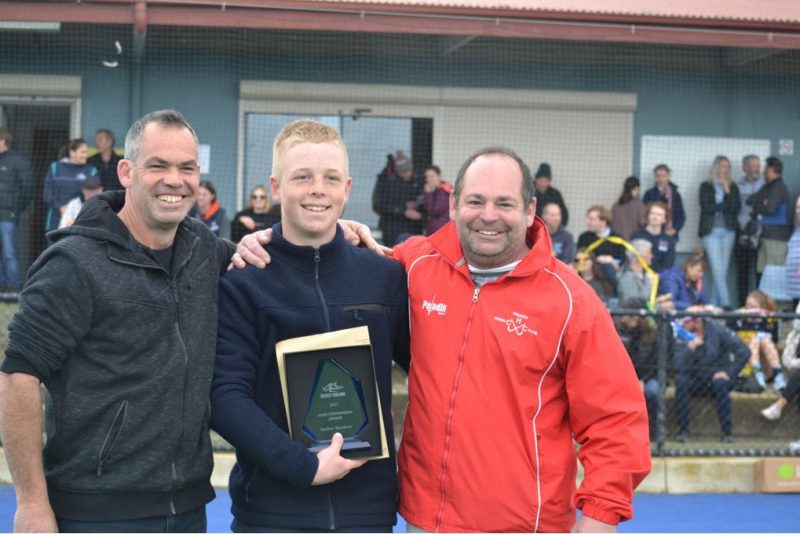 There are lots of thank yous due to a great many people who have contributed to the 2022 season. Here are just a few of them.